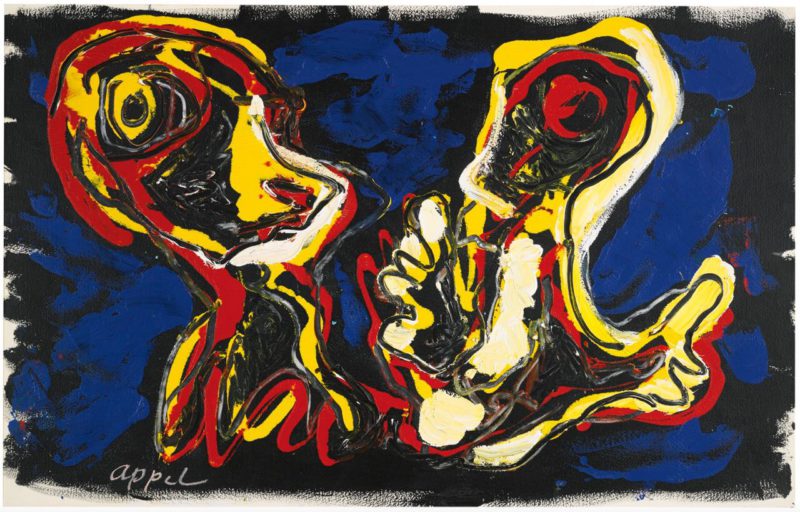 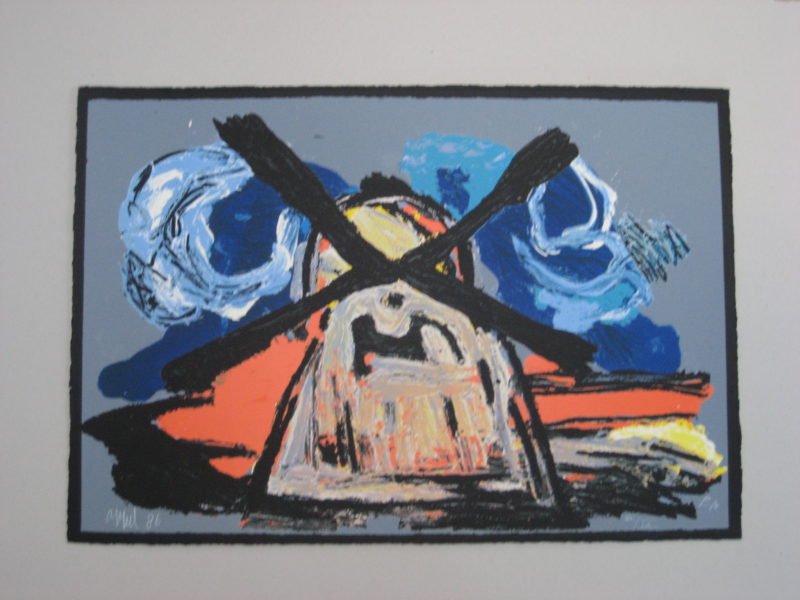 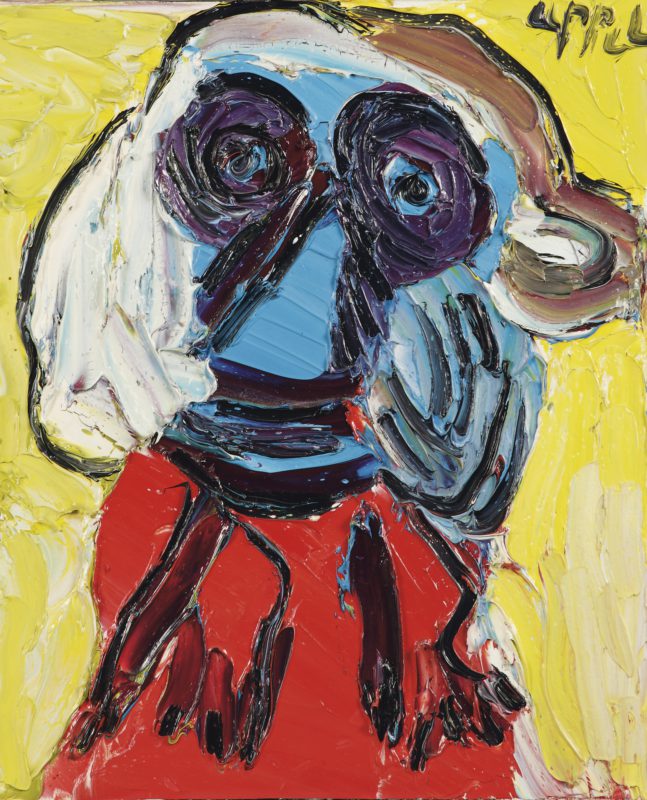 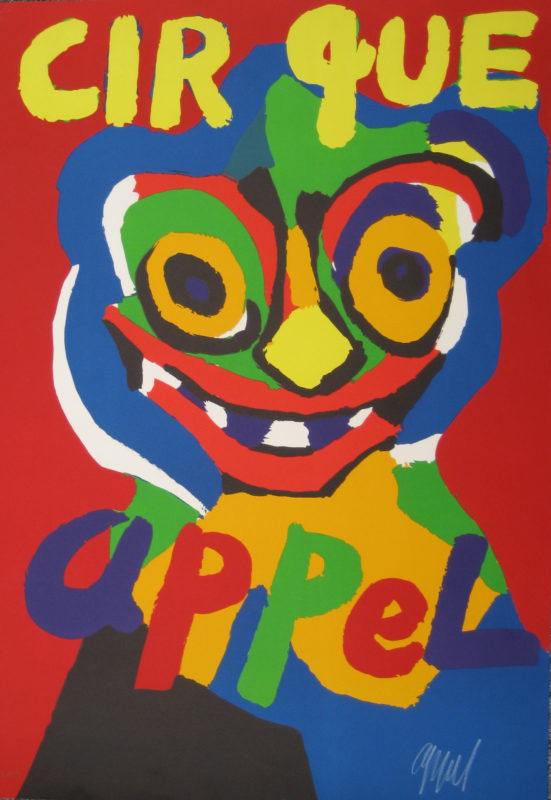 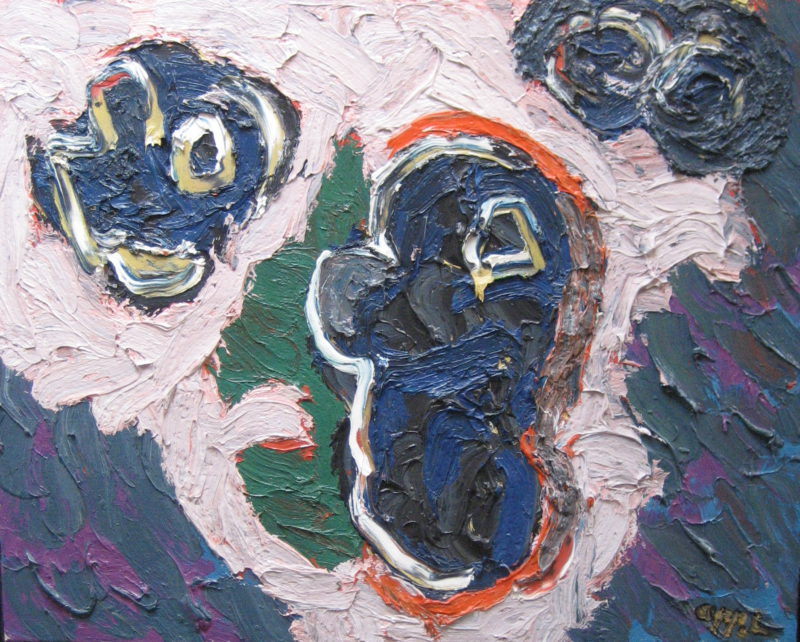 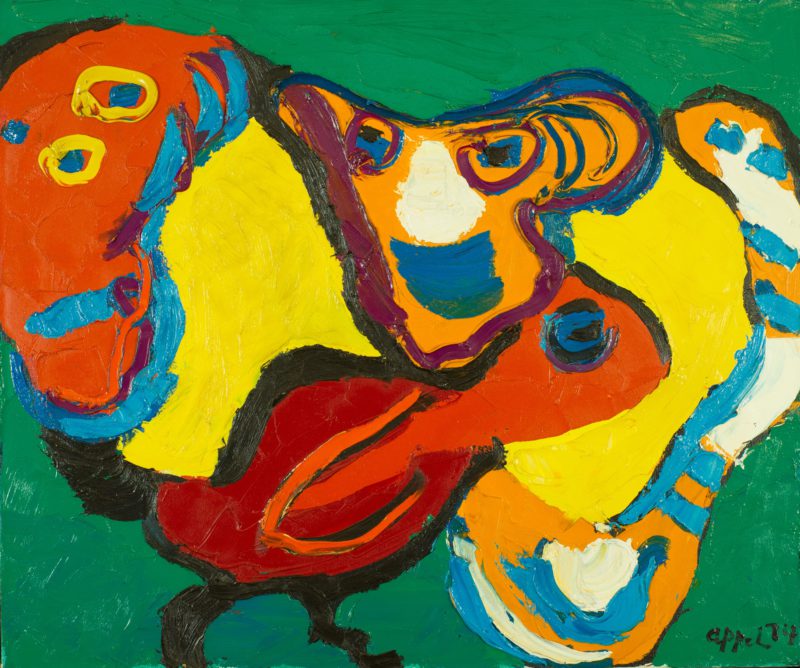 Christiaan Karel Appel (1921 – 2006) is born at 7 Dapperstraat, Amsterdam, on 25 April. He is the second of four sons born to Jan Appel and his wife Jo (born Chevalier, descended from a French Huguenot family). Appel began his career in the aftermath of the Second World War. Over the course of six decades, the artist experimented widely, across painting, sculpture, drawing, and stage design, distinguishing himself for his astonishing capacity to innovate; Appel never settled in a signature style, media or subject. Going beyond his classical, academic training at the Rijksakademie van beeldende kunsten in Amsterdam, the artist looked at folk art, as well as the uninhibited work of children and the mentally ill, whilst also drawing from jazz’s spirit of improvisation. Alternating between abstraction and figuration, Appel adopted a material-oriented approach in his practice, and promoted a genuine form of expression, an art which writer and curator Klaus Ottmann describes as “divorced from any political or didactic purpose”.

Karel Appel met Corneille in the period1940-1943 while studying art at Amsterdam’s prestigious Rijksacademie. In 1946 the two travelled to Liège, where they mounted a joint exhibition in 1947. Appel and Corneille also journeyed to Paris together. On Appel’s return he met Constant and in 1948 he, Constant and Corneille exhibited in Amsterdam.

Together with Anton Rooskens, Theo Wolvecamp and Jan Nieuwenhuys (Constant’s brother) the three went on to form the Dutch Experimental Group on 16 July 1948. On 8 November of that same year Appel helped found CoBrA, and is probably the movement’s best-known member in the Netherlands.