Bruce Riley was born in the American mid west mid twentieth century. Growing up on the outskirts of Cincinnati. He spent a lot of time making stuff and exploring the woods. Making art is some of his earliest memories. 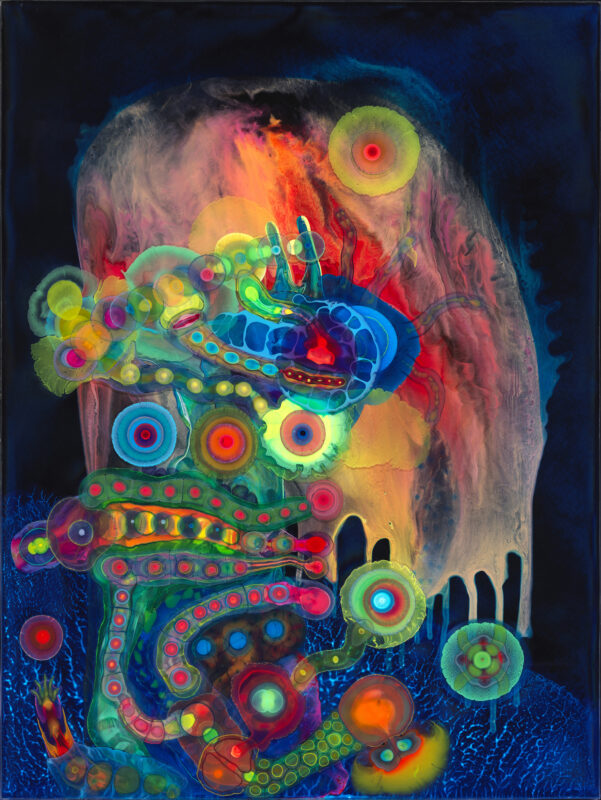 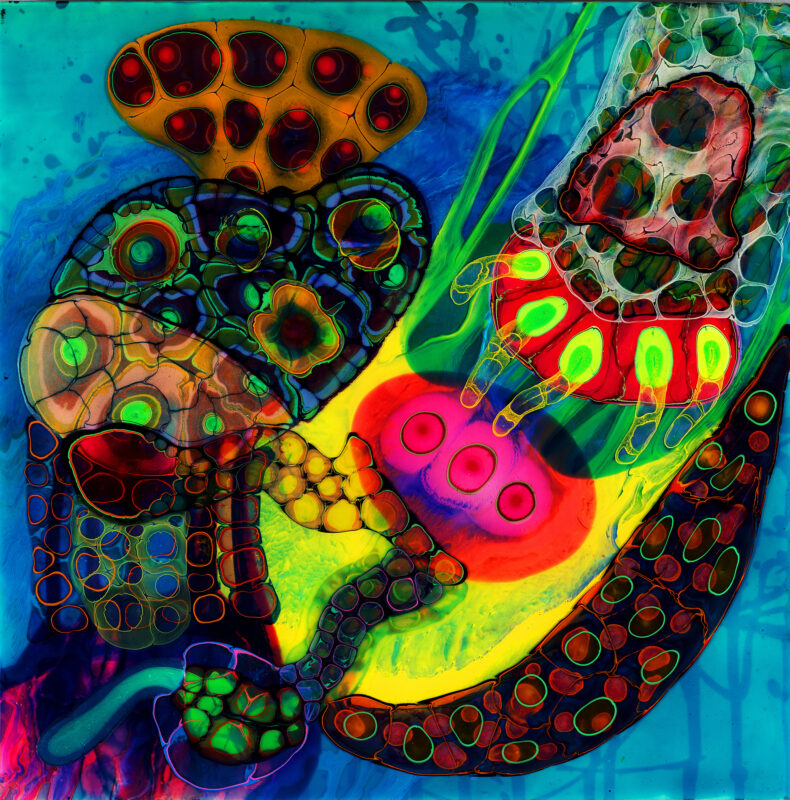 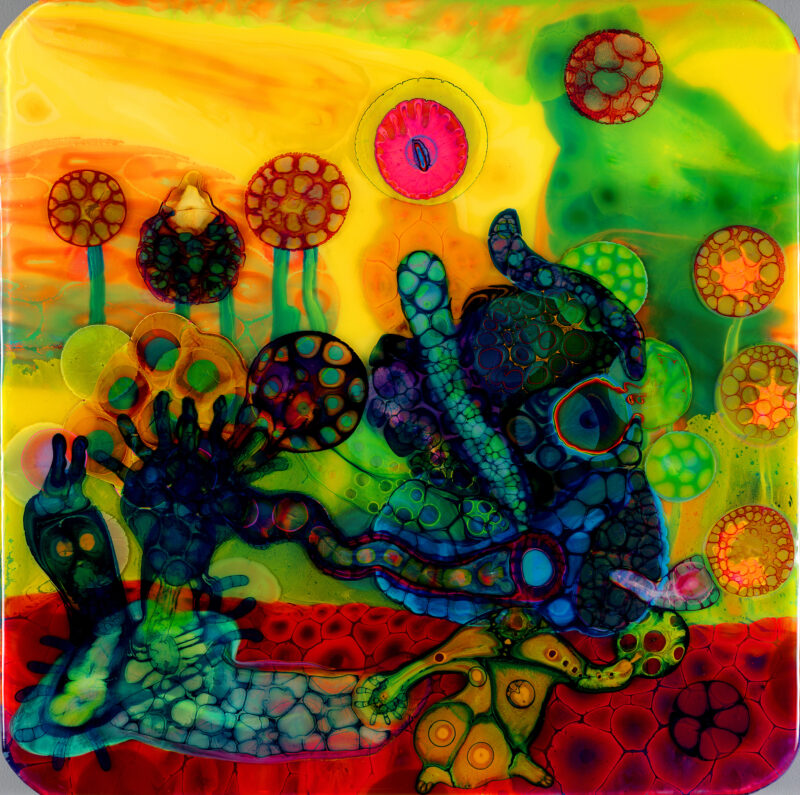 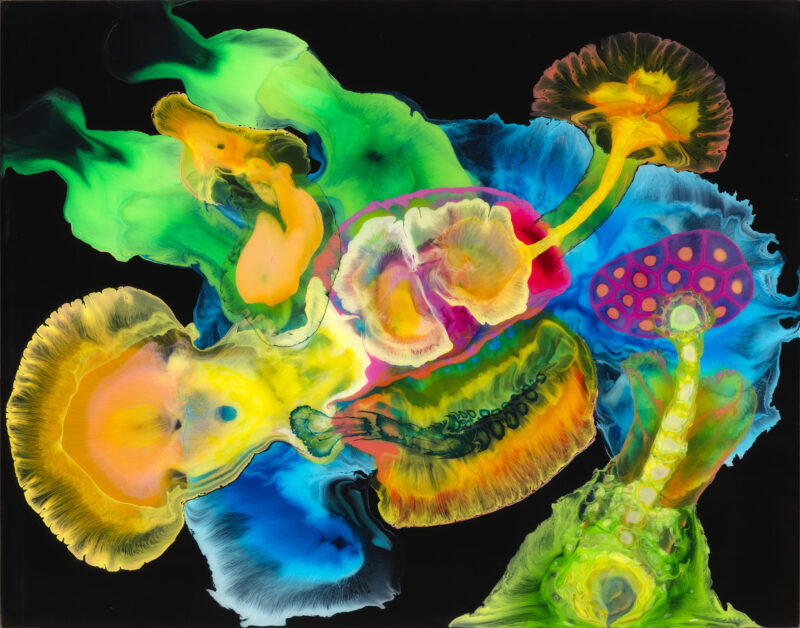 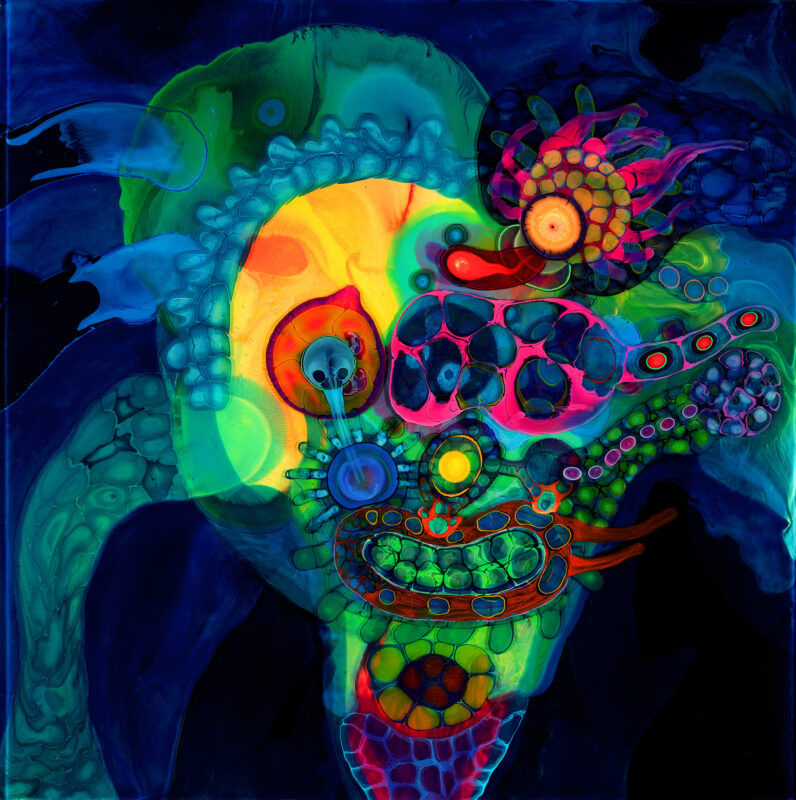 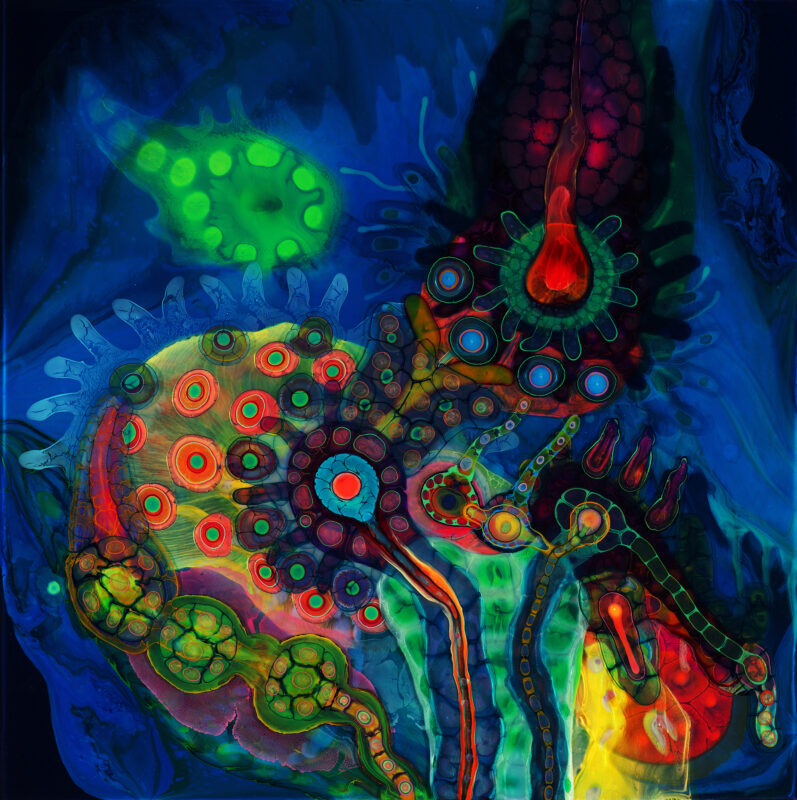 The music and culture of the late sixties and early seventies had a big influence on his art and reading. During this time of liberation and enlightenment he begun to study the painter’s materials and methods using libraries and museums. The physicality of the craft of painting began to take on an importance that is the driving force behind how he paints.

By 1980 he was working free-lance with uninterrupted periods in the studio interspersed with hitch hiking and backpacking. He spent over a decade doing seasonal work as a raft guide and kayaking in West Virginia.

In 1994 he moved to the South Side of Chicago with his partner. He has a house with a studio and garden across the street.

Painting automatically he tries to keep his focus on the moment.

He has been layering the paint between thick clear glazes suspending what in essence are colored lenses that filter light and reflect it back.

The processes are difficult to control. Accident dictates the paintings direction as much as intention does if not more.

A painting usually starts out in emptiness. There is no real plan in the beginning except to paint. He makes marks or flood the surface with binder, manipulating it with different materials as it sets up. Since he is not trying to define space or an idea, engagement with process and materials becomes his primary focus.