Sam Francis was born in San Mateo, California, the son of Katherine Lewis Francis and Samuel Augustus Francis Sr. The death of his mother in 1935, who had encouraged his interest in music affected him deeply, but he later developed a strong bond with his stepmother, Virginia Peterson Francis. He attended San Mateo High School in the early 1940s 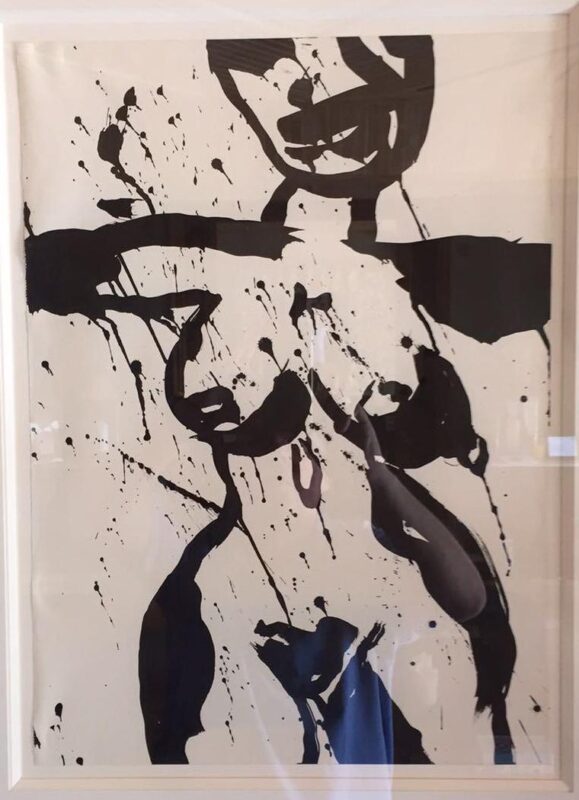 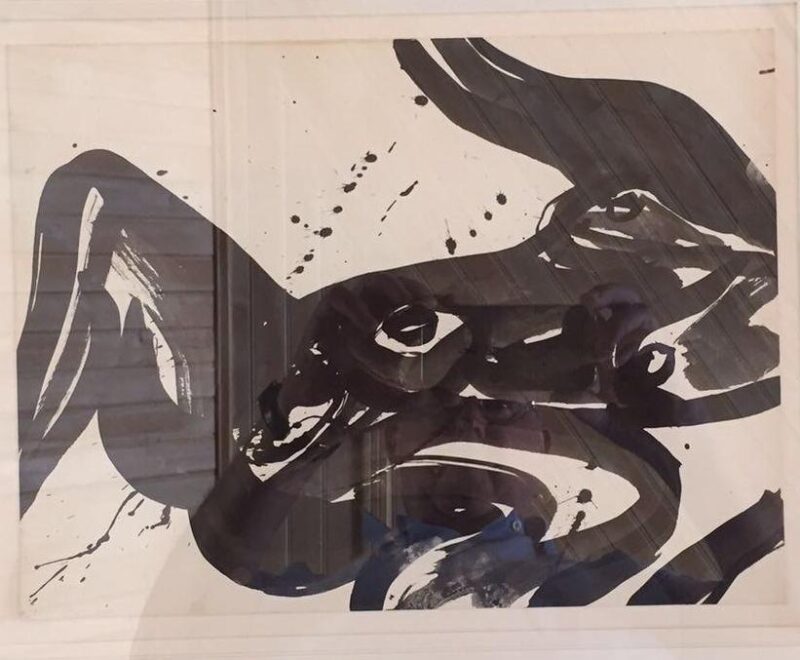 Francis served in the United States Air Force during World War II. In 1944, while in the Air Corps he was diagnosed with Spinal Tuberculosis. He was in the hospital for several years, and it was while there, after being visited by artist David Park in 1945, that he began to paint. Once out of the hospital he returned to Berkeley, this time to study art. He received both his BA degree (1949) and MA degree (1950) in Art from the University of California, Berkeley, where he studied botany, medicine, and psychology.

Francis was initially influenced by the work of abstract expressionists such as Mark Rothko, Arshile Gorky and Clyfford Still. His loose style was most influenced by the work of Jackson Pollock. He later became loosely associated with the second generation of abstract expressionists, including Joan Mitchell and Helen Frankenthaler, who were increasingly interested in the expressive use of color. But Francis never fit neatly into any school of art. He charted his own trajectory as one of the first global artists working around the world.

He spent the 1950s in Paris, having his first exhibition there at the Galerie Nina Dausset in 1952. While in Paris he became associated with Tachisme, and had his work championed by art critics Michel Tapié and Claude Duthuit ( the son-in-law of the painter Henri Matisse).

Between 1950 and 1958 Francis spent time and painted in Paris, the south of France, Tokyo, Mexico City, Bern and New York. His artistic development was affected by his exposure to French modern painting, Asian culture and Zen Buddhism in particular. His paintings of the 1950s evolved through a series of stages, beginning with monochromatic abstractions, followed by larger richly colored murals and “open” paintings that feature large areas of whiteness. After his 1953 painting “Big Red” was included in the 1956 exhibition “Twelve Artists” at the Museum of Modern Art, New York, Francis began a rapid rise to international prominence.

Francis painted large murals for the Kunsthalle, Basel in 1956-8 and for the Chase Manhattan Bank, New York in 1959.

Between 1960 and 1963 he created several series of works, including the “Blue Balls” series. Consisting of biomorphic predominantly blue forms and drips, these works referenced the pain that resulted from the renal tuberculosis that he suffered in 1961.

In the early to mid 1960s Francis was represented by the Martha Jackson Gallery in New York City. He returned to California during the 1960s and continued painting, mainly in Los Angeles, but also in Tokyo where he lived primarily in 1973-4. In 1965 Francis started a series of paintings that featured large areas of open canvas, minimal color and strong line. His work evolved further after he began intensive Jungian analysis with Dr. James Kirsch in 1971 and began paying careful attention to his dreams and the unconscious images they suggested.

Francis’ works of the early 1970s have been referred to as Fresh Air pictures. Created by adding pools, drips and splatters of color to wet bands of paint applied with a roller, these works re-asserted the artist’s interest in color. By 1973–4 many of Francis’ paintings featured a formal grid or matrix made up of crossing tracks of color. Many of these matrix works were large in scale, measuring up to twenty feet long.

After 1980 the formal structure of the grid gradually disappeared from Francis’ work. He was extremely active as a printmaker, creating numerous etchings, lithographs and monotypes, many of which were executed in Santa Monica at the Litho Shop, which Francis owned.

In 1984 Francis founded The Lapis Press with the goal of producing unusual and timely texts in visually compelling formats.

During the last year of his life, suffering from prostate cancer and unable to paint with his right hand after a fall, in a final burst of energy he used his left hand to complete a dazzling series of about 150 small paintings before he died. He died in Santa Monica and was buried in Olema, in Marin County, California.