This outsider not only brings up strong emotions with himself, but also with others: Paul Blanca. The self-taught photographer, born as Paul Vlaswinkel in 1958 in Amsterdam, makes his way through current commerce with his black and white and sometimes color photography. The ‘’tragic’’ is the guiding principle in his large format negatives: he believes in that one expression in that particular moment. 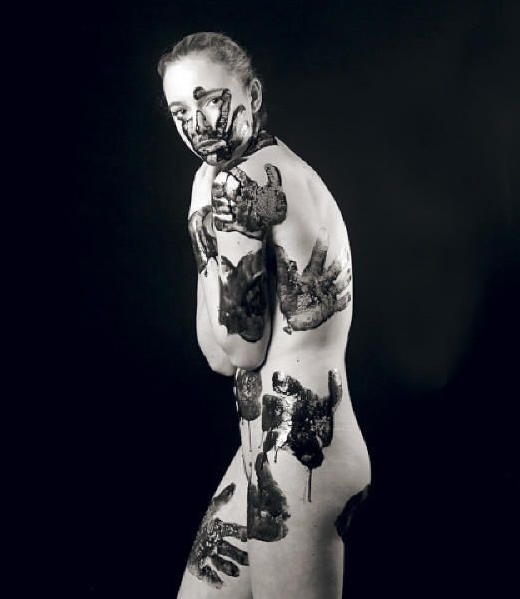 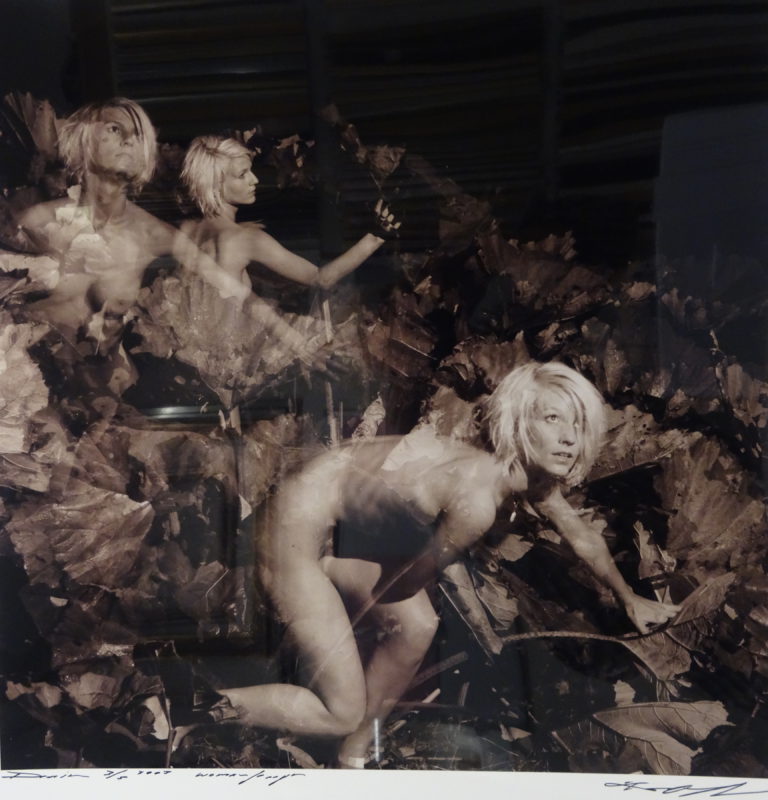 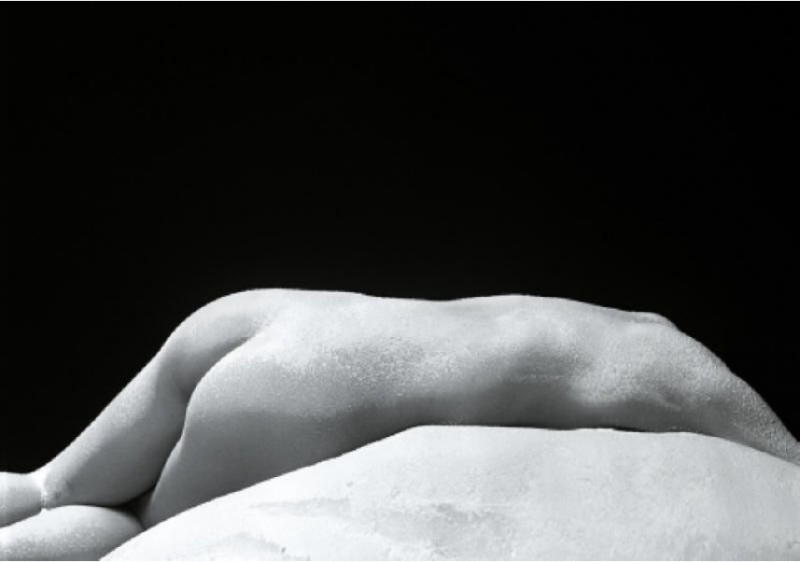 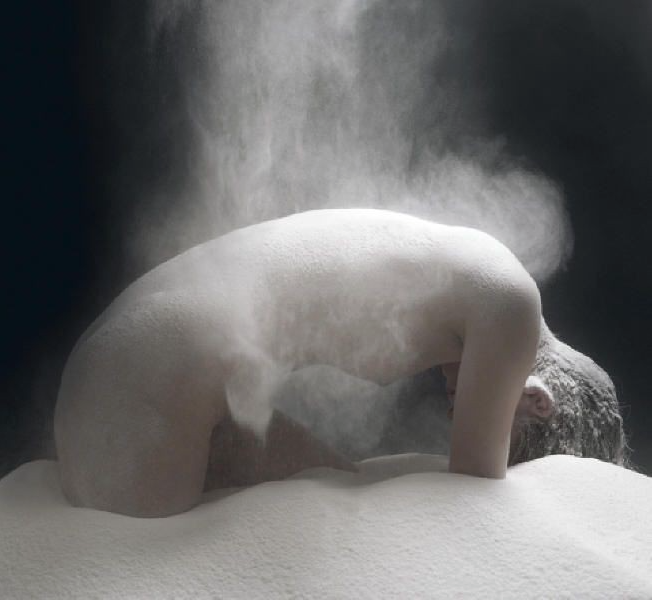 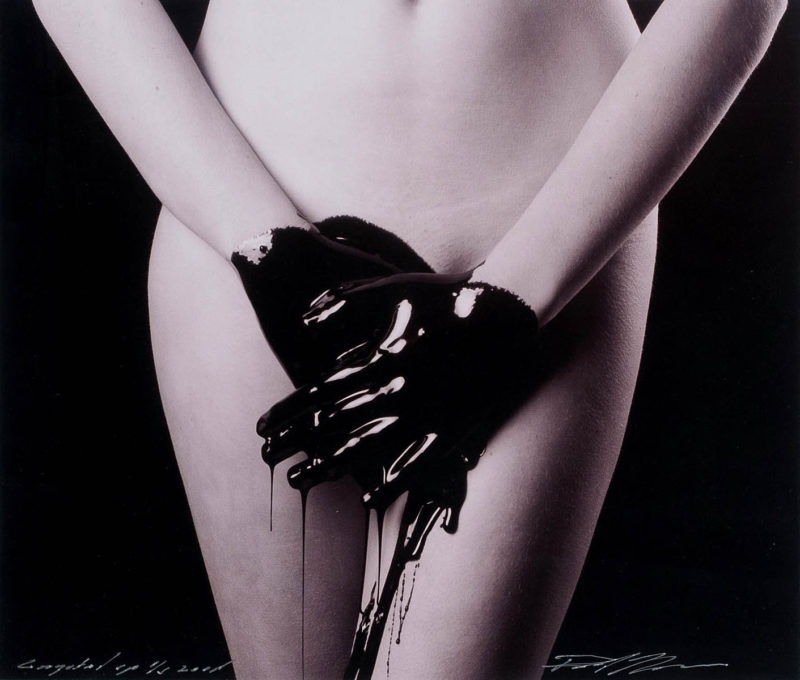 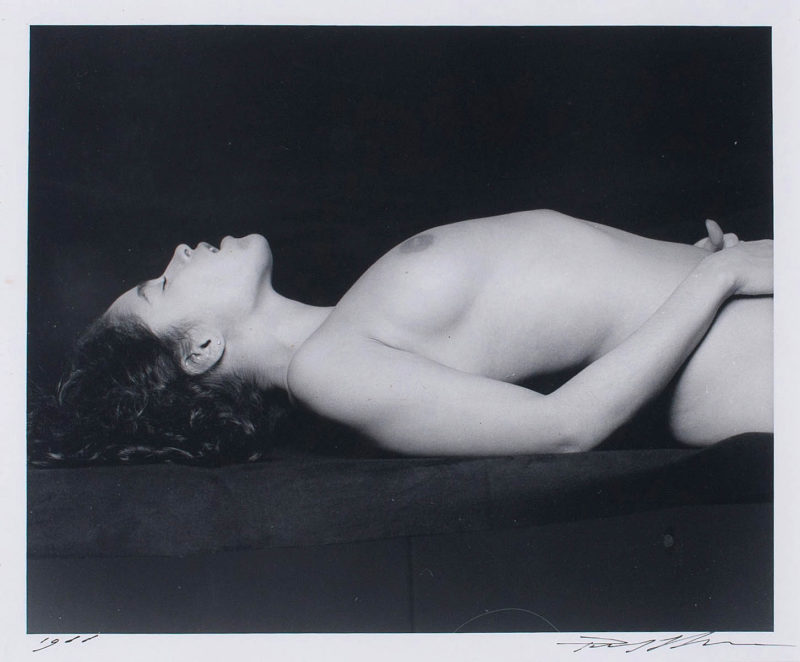 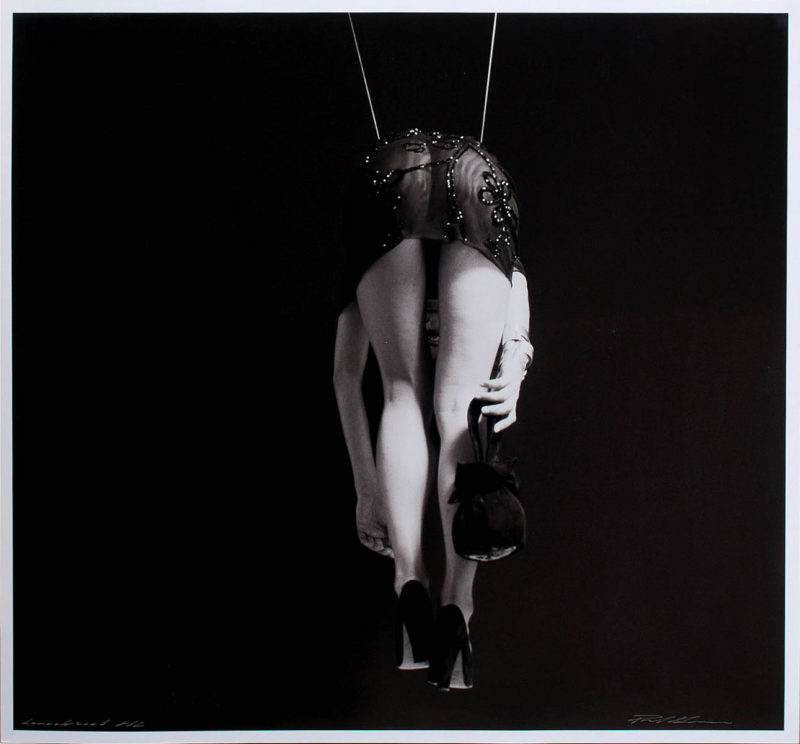 This outsider not only brings up strong emotions with himself, but also with others: Paul Blanca. The self-taught photographer, born as Paul Vlaswinkel in 1958 in Amsterdam, makes his way through current commerce with his black and white and sometimes color photography. The ‘’tragic’’ is the guiding principle in his large format negatives: he believes in that one expression in that particular moment.

His interest in photography was sparked when the thoughtful photographer took pictures of Eva Veldhoen, the daughter of painter Aat Veldhoen. He then used a small camera, but later exchanged it for a 6 x 6 cm Hasselblad camera, with which he took black and white photos. In the 1980s he acquired a reputation for his confrontational, violent self-portraits inspired by the work of Adres Serrano and Robert Mapplethorpe. Thanks to his mentor Mapplethorpe, Blanca made his first steps into the art world, introducing him to stars such as Grace Jones, Jasper Johns, Willem de Kooning and Keith Haring in New York. Mapplethorpe finds Blanca “its only competitor”.

An important man in Blanca’s work is the world-famous ballet choreographer and photographer Hans van Manen, whom he met in 1980. Not only do the two share a common interest in photography, but they also inspire each other. In Mane’s dance choreography “Pose”, Blanca was portrayed as a kickboxer – Blanca kickboxing since he was 16 – among ten ballerinas.

Blanca shows strong emotions like fear, aggression, pain, sadness and sexuality, but he also shows his sensitive and soft side. He does this in portraits such as “Mother and Son”, in which he hugs his mother intimately and naked, and “Father and Son”, in which he holds up his newborn son. An example of a series in which strong emotions are expressed is “Par la Pluie des Femmes”. In it, he asked women to reflect on their most traumatic experiences. Sadness and tears abound in this series.

In the early 1990s, Blanca lived in Spain for two years. Bullfights and local seasonal parties kept him busy. For example, to challenge him emotionally, he took part in a bullfight with 850-pound cows. It was not the bullfight itself, but how the bull ended up on the plates in restaurants intrigued him. The blood, which he says is the liquid of life, he used as screen printing ink for his series “Sangre de Toro”. Only after pressing the ink 35 times did Blanca reach the darkest tone red. The reliefs of blood became the high point in Blanca’s photographic work.

In addition to being a photographer, Blanca was also a journalist for the ‘Amsterdam Weekly’, the ’New Revu’ and ‘Het Parool’. His article about crack, in which he pushed his own limits, resulted in an addiction. An article for the ‘New Revu’, in which he examined the use of grenades, also had consequences for his personal life. Blanca was identified as a possible suspect for the attack on artist Rob Scholte, who lost both his legs due to a grenade under his car. After a long silence, Blanca returned in 2008 with the series “Mi Mattes”, in which gang members were photographed in front of his studio.

Blanca’s photos have been shown in the ‘VERVERS’ gallery in Amsterdam, the Museum; ‘de Fundatie’ in Zwolle, the Museum ‘’Meermanno in The Hague, the ‘Cobra Museum for Modern Art’ in Amstelveen and the ‘Fotomuseum’ in The Hague. In 1988, Blanca’s book “Timing” was published, in which the photos of emerging Dutch artists of the 1980s adorn the poems of Koo